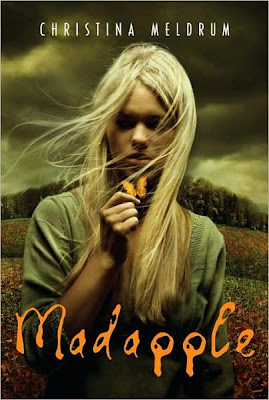 This book starts with a young woman confessing her pregnancy to her sister. When asked about the father, the pregnant woman claims that there is none. Virgin birth? Or is she lying? Years later the product of the birth---Auslaug Datter---accompanies her strange mother on a search for a poisonous plant. Auslaug has been raised in almost complete isolation, homeschooled by her mercurial mother whose love is always tempered by ferocity. While Auslaug knows several languages, among them Greek and ancient runes, her mother often blacks out long passages in the required state reading. And Auslaug has never been able to see her face in a mirror---her mother not only veiled the one mirror in the house, but she broke off even the car's mirrors lest Ausulaug see her own reflection.
Jump forward a chapter and we find Auslaug on trial for double murder. Could a sheltered, naive girl truly have committed murder? As the following chapters unfold, the evidence seems to mount against Auslaug, and the reader is taken on a tale of a tragic and abusive life. In the meantime, the question remains: is Auslaug the result of a supernatural birth?
This book was beautifully written, and I suspect it will be a strong contender for a Printz honor. If it weren't for the ending--which I found to be a little rushed, a little bit of a letdown (though not overly so), I think this one would have a shot at the Printz itself. I liked how the narrative of Auslaug's tale was interwoven with testimony and cross-examination from her trial. We'll be discussing this book at our Mock Printz Award discussion in January, along with other titles, such as Living Dead Girl by Elizabeth Scott (currently my number one choice for the award), Paper Towns by John Green (excellent!) and The Adoration of Jenna Fox (previously blogged and my #2 choice at the moment.) Madapple may be to dense for some readers, but I thought it was wonderful. I also quite like the cover, and as you all know, I adore a good cover.
Posted by Karen Labels: Karen, literary fiction

I'll agree with you on the cover, but...

I'm about 175 pages into this one, and I have to say, I think it's boring. Beautifully written, but boring.

I can see it winning awards given out by librarians, but I can't see many teens willing to slog through it.