12 Days of Teen Lit: An Arrow to the Knee

On the First Day of Teen Lit my Librarian Gave to me:

An Arrow to the Knee! 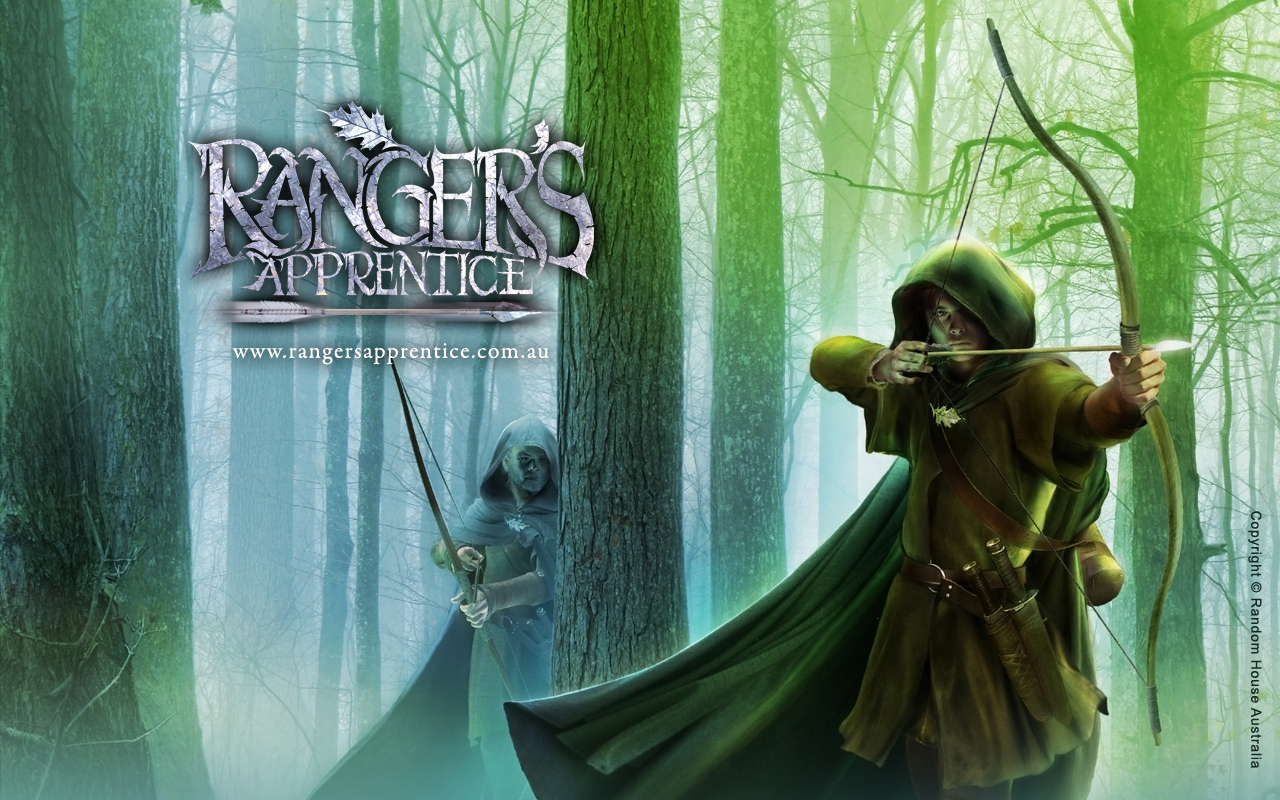 The Ranger's Apprentice series by John Flanagan. The series follows the adventures of Will, an orphan who is taken as an apprentice Ranger, as he strives to keep the Kingdom of Araluen safe from invaders, traitors, and threats. He is joined on his adventures by his mentor Halt and his best friend Horace.


Book 1: The Ruins of Gorlan. When fifteen-year-old Will is rejected by battleschool, he becomes the reluctant apprenticeto the mysterious Ranger Halt, and winds up protecting the kingdom from danger.


Book 2:The Burning Bridge. Will is forced to overcome his fear of Wargals, the foot soldiers of rebel warlord Morgarath, as Araluen's army prepares to battle Morgarath's forces.


Book 3: The Icebound Land. Chasing the Skandian slave-traders who kidnapped Will and Evanlyn, Ranger Halt and warrior student Horace find themselves in the frozen northern islands, where they battle a ruthless black-clad knight as they attempt to rescue their friends.

Book 4: The Battle for Skandria. After Ranger's apprentice Will battles Temujai warriors to rescue Evanlyn, Will's kingdom of Skandia joins forces with rival kingdom Araluen to defeat a common enemy.

Book 5: The Sorcerer of the North. Now a full-fledged Ranger responsible for a sleepy fief, Will finds a new adventure seeking the traitors who poisoned the king, investigating rumors of sorcery, and trying to rescue his friend Alyss, who is taken hostage.

Book 6: The Seige of Macindaw. Now a full-fledged Ranger, Will must rescue his friend Alyss from a rogue knight and uncover vital information needed to ward off a Scotti invasion.

Book 7: Erak's Ransom. On a mission to pay the ransom of a new ally, apprentice Will and his friends find themselves in a desert wasteland awash with enemies.

Book 8: Kings of Clonmel. Halt, Will, and Horace set out for Hibernia, where a quasi-religious group, theOutsiders, is sowing confusion and sedition, and they find that secrets from Halt's past may hold the key to restoring order before the last kingdom is undermined.

Book 9: Halt's Peril. Tennyson, the false prophet of the Outsider cult, has escaped and Halt is determined to stop him before he crosses the border into Araluen, but Genovesan assassins put Will and Halt's extraordinary archery skills to the test.

Book 10: Emperor of Nihon-ja. In a faraway land, a young warrior must protect an emperor from an uprising and train an inexperienced army, with assistance from his Ranger friends.