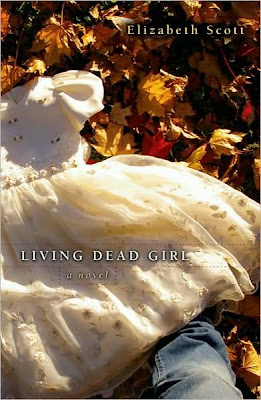 When she was ten years old, Alice was kidnapped by Ray while on a school field trip. Now, five years later, she is completely under Ray's control. Her name isn't really Alice, but her old name no longer matters. Her old life no longer matters. Only making sure Ray isn't angry matters. Through physical, mental, and sexual abuse, Ray has formed Alice into what she is today---a living dead girl, a shell of a person. He wanted her to stay a little girl forever, but now Alice is getting taller, getting older. This causes Ray to become angry with Alice, whom he keeps on a near starvation diet in an attempt to stunt her inevitable growth. Alice is withering away, both in body and spirit. She doesn't want to be Ray's "little girl" anymore. She doesn't want his abuse. But what Alice wants doesn't matter either. Until one day, Ray tells Alice that he is looking for a new little girl. He wants his current "Alice" to find a new "Alice." If she takes this devil's bargain, it's possible Alice could escape, or just as likely that Ray might kill her, which is beginning to look like her only mode of escape. Will Alice help Ray kidnap again? Is there any way she can get away?

It's hard to decide which word best describes this book. Words like raw, painful, and powerful all apply. Reading this is like hearing someone scream, and yet it's near impossible not to finish once you've started because Alice's story is too compelling, her ordeal is too nightmarish, not to find out how it ends. And all the while the reader hopes that Alice can find a happy ending, or at least, a path out of the brutal maze in which she is ensnared. "Brutal"is yet another word that applies to this story-- a brutal look at the manipulation of an abducted child. It is told in the first person from Alice's point of view, a tactic which carries the reader along in Alice's ongoing nightmare. This book is both apalling and brilliant. The scenes of violence are not for the faint of heart. It's hard to call such a grim book "beautiful" but it's incredibly well-written, probably a serious contender for some literary awards. Much of Alice's thoughts are framentary, revealing her fragmented state of mind. Her dilemma--to help Ray adbuct another girl--is presented in a way that makes the reader understand exactly how Alice is feeling.
I couldn't help but wonder if the author was influenced to write this by the news stories about Shawn Hornbeck, the young boy who was kidnapped in 2002 and found alive in 2007 after his abductor kidnapped a second boy. In the years of Shawn's ordeal, neighbors at his apartment complex sometimes saw him walking around the parking lot, often out of his "father's" immediate control and assumed he was just a regular teen. When his story hit national and international headlines some people asked, "Why didn't the boy just run away if he was given so much freedom from his kidnapper?" Living Dead Girl answers that question. Through Alice's narration, one shares her ordeal, and Ray emerges as one of the most despicable villains I have ever seen in print. His ability to manipulate a child and form her as she grows into adolescence is terribly frightening.
The end of this book is one you will not be able to forget. I found myself stunned and near tears. As raw as this book is (the descriptions of rape and abuse are horrifying but absolutely neccesary to the story) the story, and especially its conclusion, is one that will inspire much discussion among readers.
Posted by Karen Labels: Karen, Real life fiction

Art imitates life. Just this last week on cnn.com: A teen boy rescued from being kidnapped for four years.