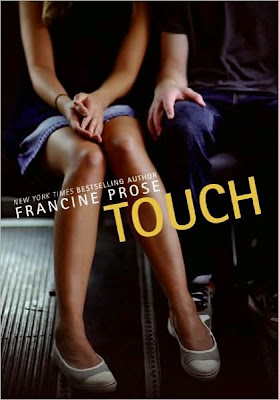 The title and cover art on this book pretty much indicate what it's all about--realistic fiction, some sort of sexual misconduct. Indeed, that's what it's all about. But to be more specific: ninth grader, Maisie, suddenly can't fit in with the three guys who have been her best friends all her life. The enormous breasts she's suddenly grown are, literally, coming between them. Things were much simpler before everyone went through puberty. Back in the day it was okay for a girl to be friends with three guys. But when Maisie spends a year away at her mother's house in Wisconsin (a big mistake) and then returns at the start of ninth grade, the friendship is forever altered. In her absence, the boys have become guys and Maisie, though she feels the same inside, is so changed on the outside that she is no longer accepted. Since she has always had guys as friends she doesn't know how to make girl friends either. Then there are the confusing more-than-a-friend feelings she has for "Shakes," the guy she's always felt closest too. Suddenly they're making out on the bus everyday before everyone else gets on. It's their little secret until one morning the other two guys ask Maisie if they can get a little action too.
What happens next is the crux of the book. The guys say one thing and Maisie says another. Was she forcibly touched or did she, as the boys say, offer to let guys touch her for money? When Maisie's narcissistic step-mother brings a lawsuit against the school, the situation worsens. What really happened, and can Maisie herself even face the truth?

I read Francine Prose's novel for adults, Goldengrove, so I was curious to see what her teen 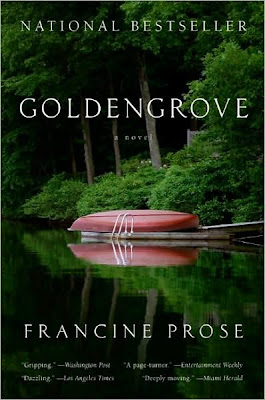 novel would be like. It's good, though I couldn't help but feel it was also ever so slightly pedantic. Much of the same information seems to be repeated, and my mind began to wander to such random thoughts as, Exactly how many times does the word "breasts" appear in this manuscript? I like the issues Prose raises about the confusion of puberty, the loss of friendship, and the nature of truth. Somehow it wasn't as satisfying a read as Goldengrove though, and I think teens would also enjoy that book which is from a teen girl's point of view as she tries to manage her grief over her sister's drowning death. The strongest part of Touch is Maisie's conflicted relationship with her step-parents and her voice when speaking of them. Also strong is her conflict about her new feelings for Shakes and the secrecy involved in it, followed by betrayal.
Posted by Karen Labels: abuse, Karen, Real life fiction