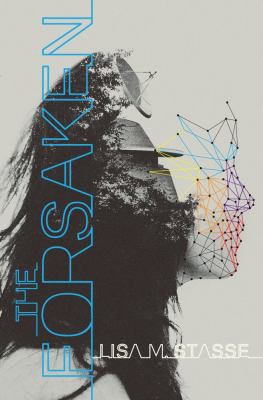 Looking for something a little like The Hunger Games?  You might like The Forsaken by Lisa Stasse.  In this dystopian world, teens are tested for anti-government tendencies (violence, the urge to overthrow their dictatorship,the ability to think for oneself, etc.) and if they fail the test, transported to a remote island where life expectancy is only a couple of years.  On this island, the kids divide into two tribes, at war with one another naturally.  Our main character, an orphan girl who has always toed the line after seeing her scientist parents hauled away by authorities and never to be seen again, expects that she will pass the personality test with flying colors.

No great surprise to the reader, Alenna ends up on "the Wheel," with another hapless teen, a guy who gets captured quickly by the tribe you don't want to fall in with--that's the tribe led by a spooky figure known as the Monk, who seems to have brainwashed and brutalized all his minions.  Luckily, Alenna falls in with the other group, and before long she joins forces with them in a possibly hopeless effort to find a way off the island and on to an elusive better life.


I describe this book as part Hunger Games, part Lord of the Flies.  It moves fast, keeps the reader engaged, and has a few plot twists I didn't see coming, all very enjoyable.  Not as smoothly written as Suzanne Collins's work perhaps, but a nice addition to a growing list of teen dystopian fiction options.  Apparently, this is the first in a trilogy, so if you enjoy the tale, more will be coming out soon, in August of this year to be exact.  The sequel is entitled,  The Uprising.

Ooh I thought this book was fantastic.