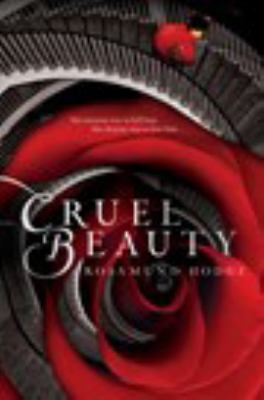 I have always been a sucker for fairytales, especially "Beauty and the Beast." There are so many retellings, many written for teens, and I have always found myself drawn to the story. It's well-known, but in the hands of a good writer, it becomes new each time it is retold. I settled in recently with Cruel Beauty, by Rosamund Hodge and was delighted to find that she had done something brilliant --she combined fairytale and mythology. It works incredibly well, and what the reader gets is a fascinating novel of love, duty, and hard choices.

Nyx Triskelion has been raised to wed the Gentle Lord, the master of the demons and a cruel demon himself who enslaved the land of Arcadia in a time known as the Sundering. Nyx's life has never been her own. From childhood she has been taught her duty--to marry the demon king and then to kill him in order to free Arcadia from his rule and to avenge her mother's death. Long ago her father foolishly made a bargain with the Gentle Lord and was tricked like all the other fools who had asked for their heart's desire. Though he received his wish--that his barren wife would have children--he forgot to stipulate that his wife also survive the births.  For his folly, Nyx's father would lose both his wife (to death) and one of his twin daughters (to marriage.)  But her father believes he can trick the Gentle Lord by training Nyx to perform magic rites on the four "hearts" of her  husband's castle. Unfortunately for Nyx, after those rites are completed, the castle will fall in on itself, killing the Gentle Lord, but also killing Nyx. No matter, says Nyx's father, freeing Arcadia and avenging her mother's death, are clearly more important than Nyx's life or happiness.

Nyx has always been the hope of her people. She is also their sacrifice. And living with this weight has made Nyx bitter and hateful. When she is finally wed to the Gentle Lord, she is terrified, but as the days pass in his castle, as Nyx searches for the "hearts" and tries to destroy her demon husband, she begins to see that all is not as it seems. No one, not even the Gentle Lord himself, understands the truth of his power, and as Nyx grows closer to her husband, she begins to doubt her role as his assassin.

A great read for those who like fairytales, mythology, and well-written fantasy. I look forward to more of this author's work.