Rainbow Rowell and Matthew Quick-New Authors to Watch (and Read, Of Course)

There's a special sort of elation a true reader feels when she discovers a new author. I go for a mix of reads-- realistic fiction, dark fiction, humor, historical fiction.  Sometimes those interests seem contradictory, so when I find an author who can mix two or more elements, it's like getting a present when you're least expecting one. It's not your birthday or Christmas, but suddenly you have a present to unwrap. 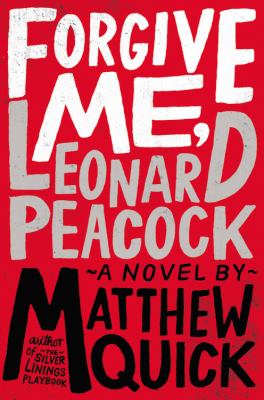 Right now two of my favorite authors who write for teens--and do it so well--are Rainbow Rowell and Matthew Quick.

Matthew Quick might be best known for writing The Silver Linings Playboook which became a wonderfully quirky movie starring Jennifer Lawrence and the always watchable Bradley Cooper. The movie captures some, though not all, of Quick's sharply observant but also tender oddball characters, each with their own multi-layered stories to tell. His characters are always somewhere on the fringes of sanity. They are often outsiders who are highly intelligent but greatly misunderstood. The first of his books I read I loved to pieces--Sorta Like a Rock Star, which I still think should have won a Printz Honor if not the Printz itself.  Now as I gear up to lead this year's Mock Printz Discussion, I am reading my last book on the list, another by Matthew Quick entitled Forgive Me, Leonard Peacock. Leonard should be an utterly frightening character. He starts the book by telling the reader he is taking his grandfather's Nazi-era gun to school to shoot a classmate before shooting himself.  Dark. Very dark. And yet as the reader gets to know Leonard she doesn't see a repugnant character to be hated; she sees a teen boy who cares so much that his caring has become too painful for him to bear. She sees a kid who is very intelligent, whose ability to think critically leads to multiple instances of laugh-out-loud humor as he observes the world that has let him down so badly. The more you read of Leonard, the more you want him to stay alive. He's so smart and yet he's making such a grievous error in judgment as he moves closer and closer to his plan to murder his once-friend/now-enemy Asher Beal before Leonard commits suicide. I haven't finished this one yet, but I am savoring it.  Quick has an amazing ability to translate the confusion and heart of his characters into a narrative that makes the reader understand and empathize deeply. He writes about a character with very serious problems and makes that character's whole psyche understandable and relatable. And he does it all with incredible humor. 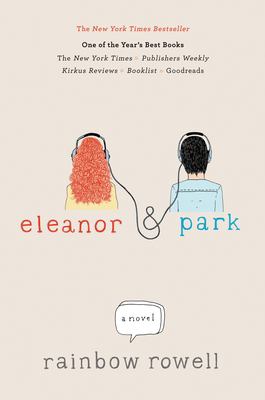 Rainbow Rowell has the same gift. Both of the novels I've read by her are character-driven, set in contemporary times, and narrated by teen girls who are unpopular and suffering, each in her own different way winding through the confusion of life.  Eleanor and Park by Rowell is a strong contender for this year's Printz, telling the improbable, fragile, wonderful love story between Eleanor (a big-boned, oddball, red-headed metaphorical punching bag for the cool kids) and Park (a quieter, comic-book-loving, semi-popular Asian kid who feels a bit outcast in his Nebraska white bread town.) Neither expects to fall in love with each other, but that's exactly what they do, and as they fall in love, the reader falls in love with them.

Fangirl, similar in its tone of narration tells the story of a shy, painfully shy girl named Cath going into her freshman year at college, abandoned by her twin sister and everyone else in her life.  Cath's escape is writing fanfiction, and in this online universe Cath isn't an outsider or an oddball. She's a writing goddess, and thousands of fans hang on her every word.
As in Quick's novels, there's quite a bit of humor, and the main characters seem real, so understandably real. 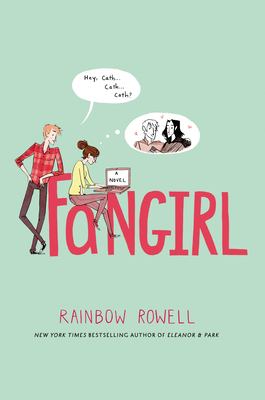 Each of these books is so good and come with my heartiest recommendation. I can't wait for the next novels to come out by these two authors. What could be better that meeting a host of characters who will stick with you, people you wish you could meet. And maybe you will meet people like Leonard and Eleanor and Park and Cath because the writers who created them understand the human experience--the pain, the joy, the love, the frustrations. You feel like you know these characters because you suspect their real-life counterparts are out there somewhere, just waiting to be discovered.
Posted by Karen Labels: humor, Karen, Real life fiction